For all you last.fm heads, the new album by DJ /rupture and Matt Shadetek is now on last.fm here. 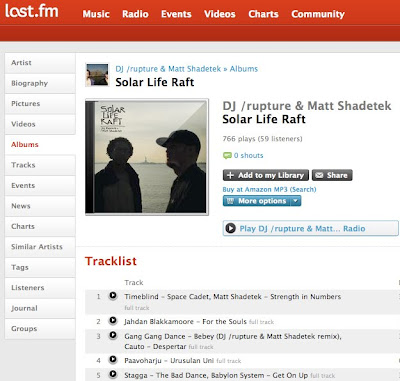 Posted by the Agriculture at 4:38 PM No comments:

One Step Beyond Wrap Up: "Twisted Cumbia, Latin Gabba, and Space Steppers Delight" 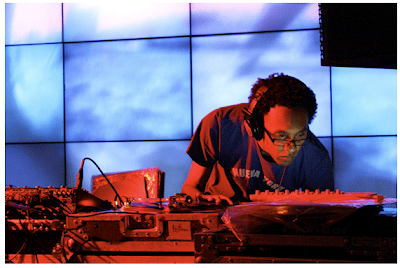 Though lacking a cameo from Jason Voorhees, every DJ killed it (wokka wokka) at our One Step Beyond series this past Friday the 13th. FADER friends DJ/Rupture, Matt Shadetek and Jahdan Blakkamoore, Maluca and Sonido Martines took turns hijacking the makeshift dance floor at the planetarium. Whether you were way up front or sneaking into the Mammals of North America exhibit, Sonido Martines’ twisted cumbia was inescapable and Maluca’s insane party starting helped more than a few audience members get real loose. By the time Shadetek and Blakkamoore took the stage, half the audience were trading dance moves under space lights. The other half wandered the museum’s halls, indulging their grade school selves by finding out who weighed 69 pounds on Mars as DJ/Rupture closed out the night.

-Text and photo by TJ Kosinski

Here's the complete article.
Posted by the Agriculture at 4:40 PM No comments:

We also are happy to announce our youtube channel full of fun content: here.
Posted by the Agriculture at 9:07 AM No comments: 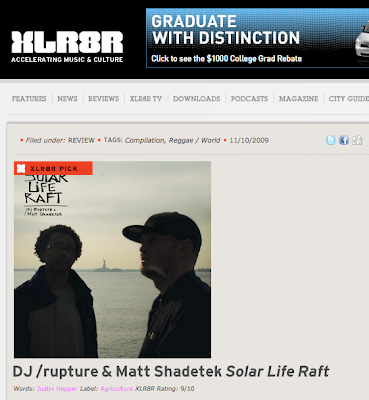 Thanks to Justin, Andrew, Toph 1 (for the early support) and the whole XLR8R team in the Western Addition.

"From two of today’s most uniquely fascinating producers, Solar Life Raft arrives as less a mix than a statement of purpose: a repositioning of experimental bass music into the context of contemporary avant-garde artwork, as worthy of a gallery as the club. DJ /rupture has a storied history of meshing poets and sound artists with skull-crushing bass, but when joined with Dutty Artz compatriot Shadetek, Solar Life Raft relegates boundaries to irrelevance with surprising accessibility. Here experimental composers old (Luc Ferrari) and new (Nico Muhly) can meet dubstep’s finest (Shackleton, Stagga) while avant-poet Caroline Bergvall sits happily beside Gang Gang Dance. The result is strikingly exciting—something equally triumphant for dancer, smoker, or Tate Modern chin-stroker."

Here the link.
Posted by the Agriculture at 7:53 PM No comments: 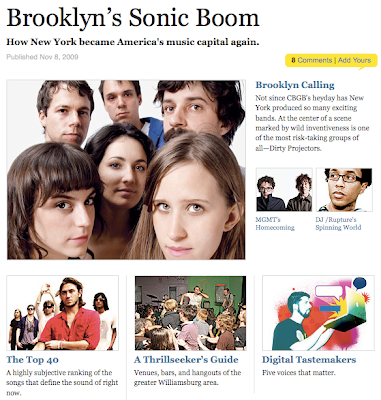 Jace Clayton, a.k.a. DJ /Rupture, is a one-man musical Venn diagram, linking up genres, people, styles, and beats. After seven years in Spain, he felt the call of “the land of caffeine and stress” and returned here, where he’s fallen for cumbia (something you’re more likely to hear in Nueva York than Barcelona). He also co-founded the Dutty Artz D.J. and production crew, hosts a show “Mudd Up!” on WFMU, and last year released the acclaimed Uproot mix tape. His follow-up, Solar Life Raft, with producer Matt Shadetek, is a homegrown affair, featuring everyone from Brooklyn art-rockers Gang Gang Dance to composer Nico Muhly. 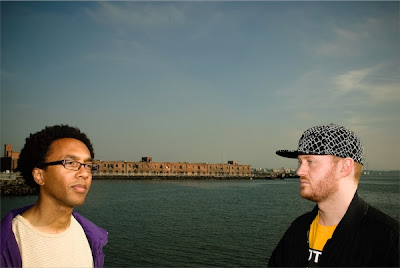 On his Twitter profile, DJ /rupture, aka Jace Clayton, lists “dj * writer * jetlag king” as his occupations. And though he’s best known as the turntable mastermind behind albums like Uproot and Special Gunpowder and his latest release with Brooklyn producer Matt Shadetek, he wouldn’t be much of a DJ without the latter gigs. All three are intertwined: he’s written regularly for magazines like The Wire and N+1; and his recent piece for the latter, which landed in the 2009 Best Music Writing compilation, begins “I’ve DJed in over 20 countries…”

Access to music from the third world may be easy via the Internet, but Clayton’s discovery is often firsthand. In addition to DJing in over 30 countries now, he has spent much of the last decade living in Barcelona. It was his desire to be “caffeinated” that brought him back to New York City, and that brought him to make his new album with Shadetek, Solar Life Raft, with local musicians like Gang Gang Dance, Telepathe, and Nico Muhly.

One place I haven’t been is Sub-Saharan Africa,” he told us when we asked where he’s heading next. “I’d love to go to Côte d’Ivoire, I’d love to check out Johannesburg. I’ve been invited to play in Africa and all over the place, but I can’t just up and go and hang out in Dakar for a couple weeks on my own dime. I’m too busy. But that’s where my curiosity is highest. I’m been to Brazil before to do a couple shows in Rio de Janeiro, which is less surprising than going to Africa would be, but it’s still a really incredible city, so I’m psyched to be going there again.”

Some of his best travel memories and the tracks they remind him of found here.
Posted by the Agriculture at 2:28 PM No comments: 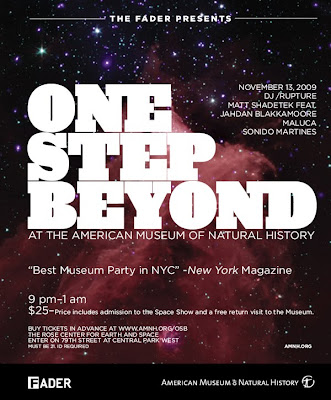 Friday, Nov 13 9:00p
DJ /rupture + Matt Shadetek are playing their record release show for Solar Life Raft (the Agriculture) at the American Museum of Natural History. Matt will do a live set with drum machine & laptop with Jahdan Blakkamoore on vocals at times, and Rupture will do a 3-turntable mix. The two will not play together, but the overall vibe of the show will be an atmospheric heavy pulse designed to move dancefloors while submerging audiences in the seductively weird future of Solar Life Raft. 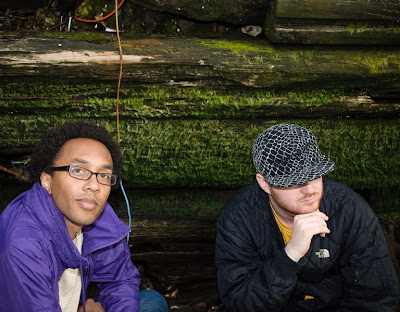 Album available at Amazon, iTune, Boomkat, and local heroes Halcyon
Posted by the Agriculture at 8:46 AM No comments: